The social dilemma in the horror of war

It is impossible not to be moved by the harrowing images currently coming from Afghanistan.  Wherever you stand on the decision to pull troops out, at the heart of it is an incredibly difficult human story.  We are all feeling the fear for those whose lives have been uprooted and those left behind, as we sit in our comfortable homes and modern offices.

While Twitter and social media have been front and centre of many of the big global events in recent years, from Trump’s impeachment to Hong Kong protests, it’s arguable that never before, has the world been watching an event of such huge global significance roll out, in real time, through our PC and mobile screens.

The immediacy of the event has been staggering and it has shown how valuable social media, Twitter in particular, can be to keep the world informed. Does it help that a global audience can experience the pain on the ground?  Arguably not.  But where truth is always the first casualty in a conflict, allowing the world to see what is happening creates an indelible record.

There is also a darker side of course. Social media is being used to great effect as a communications channel for the incoming Taliban.  Who needs radios to communicate when you have your mobile and WhatsApp?  In that regard, should mobile networks and social media channels be complicit in allowing that communication and who then should be the arbiter on control?  Difficult questions.

The Taliban seem to have mastered one of the most powerful weapons in a conflict, communications. The recent PR offensive has been a masterclass in messaging and their restraint on the ground while the cameras are rolling has been remarkable.  Having those mobile phone cameras on the ground in hands of those fearful for their lives may yet be a saving grace.

Social media companies will soon need to make decisions on the legitimacy of the Taliban.  Facebook has banned them, but if they move to become a legitimate government, what then?

What all this shows is that the way people communicate using social media has changed the face of the world we live in.  While it can be used for good, that good is ultimately determined by what you believe in.

Pray for the people of Afghanistan. 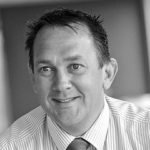 Mike Conway is a director at Camargue