If I were to ask you what proportion of land area in the UK you think is densely built upon, what would you say? 10 per cent; 20 per cent, more?

That’s the question that market research specialist, Ipsos MORI, recently posed to the British public and the average estimate was a staggering 47 per cent.

Perhaps that’s in line with what you guessed too. But, according to new research from the University of Sheffield, endorsed by the Royal Statistical Society, you’d be very wrong. In fact, the research indicates that the more accurate figure is just 0.1 per cent*.

So why is our perception so vastly different to the reality?

Since the Industrial Revolution, it seems we’ve been wrestling with the idea that our ‘green and pleasant land’ is under threat from development.

It’s much the same today - our news agenda is full to the brim of arguments for and against new housing, rail, highways and energy; and our lust for acronym definitions that sound like children’s TV characters knows no bounds (YIMBY, NAMBI and BANANA, anyone?).

People want to be close to their place of work so are choosing to stay within the confines of an urban zone, coupled with the fact that our population is rapidly rising, contributing to the rapid growth of many towns and cities.

Perhaps unsurprisingly, developers tend to want to build around existing densely populated areas, potentially fuelling the misconception that the UK is already half concreted over and contributing to our distorted views.

The research shines a light on the significant challenge faced by the government, local authorities and developers; how to challenge a perception that’s been ingrained in our psyches for nigh on 200 years. It seems that the real key to growth is effectively communicating not only how well planned a development is, but its value to the local community and its sustainability credentials too. 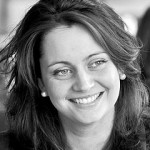 Sophie King is a senior account manager at Camargue.