TL;DR – the demise of print?

In March it was announced that the august organ of popular music culture, NME would no longer appear on shelves. No longer will NME readers be rushing for the soap and water to scrub their hands after leafing through its inky pages. NME is one of the latest publications to disappear from newstands, could this be yet another nail in the coffin for print?

According to The Guardian, sales of the top 100 magazines have halved since 2000. Similarly, newspaper sales have near halved in the same period.

But is that really a bad thing?

The loss of print is not reflective of a desire for less information. Quite the opposite - our consumption of content is reaching insatiable levels. In 2017, video accounted for 74 per cent of internet traffic, a figure set to rise in 2018. According to Kat Hahn, Head of Creative Shop at Facebook, people scroll through 300ft of content on social media feeds a day. That’s a lot of exercise for your thumb, and a huge amount of content.

These days, getting access to the latest stories and news can’t wait for a weekly or monthly edition. Using NME as an example, when a single or album goes on sale we can stream it instantly and within an hour reviews are already online. So why wait for a magazine to hit the stands when you can access and share views almost immediately? In a digital world, speed is a key commercial consideration to attract an audience.

An argument often put forward in favour of print is quality of journalism. Print publications are often considered to be a more reliable and respected source of content. Perhaps because print space comes at a premium the words printed on the page must work harder? Some publications continue to favour print. Private Eye for example only shares snippets of some articles online, thus encouraging readers to continue with their subscriptions to access the magazine’s satirical attacks on the pompous and its first-rate investigative journalism. In contrast, online publications have been accused of churning out content, with little regard for the facts or accuracy.

Job creation is another badge pinned to print given that good quality journalism requires investigators, not just reporters, and editors, not algorithms, to make decision on the news agenda. But are these arguments fast running out of steam? Buzzfeed has become one of the world’s largest, most successful digital content platforms in the world with 1,300 employees worldwide. Compare this to the 23 (yes, 23) staff in talks of redundancy at NME. This shift has created demand for different roles when compared with print media, for example online content has no need for printers, layout technicians and distributers – and some might argue editors.

Print may still have the edge with detailed investigative journalism, but there are countless online outlets – The Telegraph,The Guardian, The Times and National Geographic – that underline that quality journalism is not the sole reserve of their printed content.

There’s no denying that print still holds a draw. Whether you’re spreading out your Sunday Times on the living room floor or devouring a magazine cover to cover, there’s something almost luxurious about print publications. The time may come when print is viewed through rose tinted glasses as a symbol of a bygone era, like the rotary phone or the fax machine. But until then, lets continue to celebrate news, opinion, analysis and content in all its glorious forms. 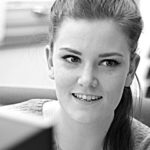 Charlotte Hart is a Senior Account Executive at Camargue.