Top of the pips

When Ian Katz joined Newsnight as editor in 2013, within a matter of weeks Jeremy Paxman had interviewed comedian Russell Brand on his plans for a political revolution.

Emily Maitlis closed one edition of the programme with a conversation with the Cookie Monster from Sesame Street, while Hallowe’en saw Kirstie Wark zombie dancing to Michael Jackson’s Thriller.

Such considerations may be front of mind for Sarah Sands, editor of the London Evening Standard.

Last week, Sands was announced as the new editor of Radio 4’s Today programme.  She will be only the second woman to hold the post – Dame Jenny Abramsky took the helm from 1986-87.

Short of this fact, there are obvious parallels with Katz at Newsnight.  Both programmes are flagship, agenda-setting BBC institutions, bookending the news day for an intelligent and informed audience.

Both are famous for their challenging and cantankerous presenters – John Humphrys perhaps a close second to Paxman.

Both editors have print media backgrounds: Katz spent 23 years at the Guardian, while Sands spent time at the Mail, Telegraph and Sunday Telegraph before returning to the Standard.

Sands’ move marks a trend in BBC appointments from the print media.  As well as Katz, significant hires in recent years have included Amol Rajan, who joined as BBC Media Editor from The Independent, and James Harding, who became Director of News and Current Affairs after being the youngest ever editor of The Times.

In her new job, Sands will face similar challenges to Katz in at least two areas: tone and talent.

The Today audience is protective over its daily dose of rigorous interviews and thoughtful reflections.  For many, it provides an injection of serious news in the social media age (not that the two are irreconcilable, of course).

Sands has been characterised more than once as a “mischievous” editor.  Last year, she described herself as “a journalist with a liking for drama”.

This could fit well with the tenacious style of Today.  But Sands should avoid what listeners may see as whimsy – a criticism sometimes still levelled at Katz.

On talent, though, Katz has deftly managed the transition from Paxman to Evan Davis (himself a former member of the Today line-up).

It’s possible that Sands will face the unenviable task of replacing John Humphrys, now 73, who has hinted at stepping down from the programme he has led since 1987.

These challenges offer opportunities to refresh the programme that ‘drops a word in the ear of the nation’, without rocking the boat too much for its loyal listeners.

I’m optimistic that Sands will do just that. 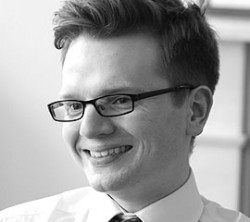