You may not know it, but next month our capital city will become the world’s very first ‘National Park City’.  That sounds cool doesn’t it?

“OK. But what does it actually mean?  Will London with its concrete and glass and majestic river be elevated to the same status as the mighty Yosemite national park in California?”

“Will it be on a par with Snowdonia, Dartmoor or the Lake District?”

Well the London Mayor thinks not.  The National Park City Foundation has extensively lobbied City Hall to put London on the world map as the first ‘green’ city and it has succeeded.  London Mayor Sadiq Khan has endorsed the initiative and officially launches the status with a number of street festivals on 22 July 2019.  Alongside Sir David Attenborough’s tireless campaigning on the environment and Prime Minister Theresa May’s aim to make the UK the first G7 country to set a net-zero emissions target by 2050, it seems the collective ‘noise’ of influencers is snowballing in the right direction.

As a campaign, the National Park City is an interesting branding and engagement exercise, giving Londoners a strong nudge to create a greener and healthier city.  There’s countless research that tells us that spending time in green space and areas of rich wildlife makes us happier and healthier.  For children it significantly boosts psychological development and spatial memory.

London is already one of the greenest cities in the world with 47 percent of it being green space.  There’s an opportunity to collectively improve the quality, making the city a better place to live and more attractive to visitors and investors.  Let’s go beyond the often grey ‘urban gardens’ and mix up the horticulture.  Plant a tree like Sadiq Khan and see if we can help him meet his ambitious target of increasing the proportion of trees by 10 percent by 2050.

The challenge of course is that London is swelling, and the affordability crisis is deepening.  We must focus on delivering new affordable homes and a staggering supply of 42,900 genuinely affordable homes is needed year on year, but the quality and healthiness of the city should not be neglected or sidelined, nor does it need to be.  We can simultaneously achieve housing targets and improve the quality of our green spaces.  It just requires a touch of creative flair and collective engagement.  A challenge for sure, but when did Londoners last shy away from one?

So, whether you identify yourself as a fancy flaneur, a busy businesswoman, a community champion or even a lackadaisical local, embrace the movement, reconnect with nature and make your street green. 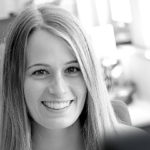 Georgina Garland is a senior account manager at Camargue