What matters on 6 May?

May’s elections will be the busiest ever.  Devolved administrations are holding parliamentary votes, seven of the nine metro mayors are up for re-election, there’s the delayed council cycle from last year (alongside those already planned this year) plus 39 police and crime commissioner posts up for grabs.  This week’s resignation of Hartlepool MP Mike Hill will add a hotly contested byelection to the mix.

This means that local elections are being held at a truly national scale: people are voting on lots of different things – but almost everyone has the chance to vote on something.

Pollsters and pundits tell us that local elections are always difficult to predict because of regional variation and neighbourhood-level issues that can be difficult to discern.   Last time out in 2019 both the Conservatives and Labour did worse than expected, with low turnout benefitting smaller parties.  In 2021, we expect them to perform better: lockdown restrictions should be easing, and turnout is likely to be higher thanks to a critical mass of elections meaning there’ll be more noise and campaigning than usual in the run up to election day.  Add to this that Brexit has fallen down the list of priorities and that smaller parties in England have suffered since 2017.

This is the first electoral test of Keir Starmer’s leadership and, despite wavering approval figures, the Labour Party will be hoping its new management is enough to win back councils across Lancashire, the Tees Valley and parts of the Midlands.  Local candidates will campaign on national issues like NHS and public sector pay and argue that austerity left us exposed to the impacts of the pandemic.  Labour currently holds control of just 99 councils – its lowest since 2011.  The party will play down expectations but knows there is fertile ground to make significant gains.

Theresa May’s Conservatives had a disastrous showing in 2019 – losing control of 45 authorities.  In 2021 the party will hope the Budget’s pork barrel politics cuts through.  They will need well-oiled party machinery and be able to speak to diverse issues across the country – fighting off the Lib Dems in the shires on planning and housing development, while trying to defend wafer thin control of the councils Labour is aiming to reclaim in the north.  Expect to see Rishi Sunak on a whirlwind tour of the nation over the coming weeks as he visits the areas where the party is putting pounds in the ground for freeports, new government offices and infrastructure projects.  The Tories will be hoping the vaccine rollout blip can be quickly overcome, and will bet on a wave of optimism peaking as lockdown measures ease and perceived government failures of the past year blur into the background of voters’ minds.

Given the number of elections taking place, and local issues being seen in the context of widespread national campaigning, we’re going to see debates spill across different levels of the system – with metro mayors likely to play a campaigning role at a council level too.  And all of this is without even mentioning the unpredictable impact of independent candidates and residents’ groups on micro-local issues, plus of course the debate around Scottish independence which will dominate north of the border.

With just under 50 days until polling, our team will be tracking what’s going on at a regional and local level, cutting through the noise from the parties’ headquarters.  We’ll be providing updates on the policy platforms that mayoral candidates are campaigning on and what this could mean for issues – from housing, high streets, crime and connectivity, to R&D, energy, green growth and ‘levelling up’.

Get in touch if you want to hear more about what we expect to see and how to prepare for the fallout. 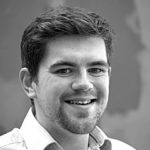 James Snowdon is a senior account manager at Camargue