What next after the price cap rise?

The energy price cap rises on April 1 and with it, household bills will increase by as much as 54%. Prior to the cap going up, I interviewed Ofgem’s deputy director for the price cap, Daniel Norton, for an episode of the Camargue Podcast.

In a wide-ranging conversation, we discussed the mechanics of the cap, market stabilisation and a range of external geopolitical factors that are influencing energy prices here at home.

The increased price of gas has forced some suppliers out of the market altogether, with a total of 29 supplier failures in the past twelve months. The vast majority of these were smallish suppliers you’ll likely never heard of – Zebra Power, Daligas, Enstroga and MoneyPlus are just a few examples – but there were some notable large businesses too.

When suppliers fail, their customers transfer to another provider, at expense to that provider, which also contributes to everyone’s bills going up. This is known as the supplier of last resort levy, which Ofgem has recently conducted a public consultation about.

Ofgem’s objective is to find the right balance between protecting the consumer but also preserving a competitive marketplace, as it believes this competition should drive better prices in the long run. Is this a fair assumption, and does it do the job of protecting those customers? This is one of the key questions we tackle.

One of Ofgem’s new policy suggestions is a market stabilisation charge. This charge is designed to index bills against wholesale prices within a much shorter timeframe, just three months. This should mean that both supplier and customer experience the same fluctuation.

The tensions here are complicated and an entire country is caught in the middle. Ofgem itself has been firmly in the spotlight too amid understandable public anger about bills going up.

So what next? To hear Daniel’s views on the steps Ofgem is taking and how it is aiming to maintain a competitive, but fair market I’d encourage you to tune in.  Our podcast is available across all of the major platforms, by clicking here.

I can promise you an enlightening discussion. 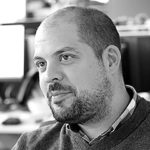 Jonny Brownsteen is a senior account manager at Camargue