What’s in a name?

Beyond the realms of cause and effect, Dunkin’ Donuts and Weight Watchers are odd bedfellows for a blog but they both have something in common: a recent rebrand.

Dunkin’ and WW as they will be known henceforth are both part of a long running global trend for brands to move to identities that are universal and ambiguous. They are following the global behemoths of Apple, Amazon and Google whose brands are expansive and say little about their products and services.

Weight Watchers’ rebrand to WW was apparently driven by a need to align the business with the wellness agenda. Slimming is part of an 80s narrative and a long way from yoga, pilates and wellbeing. Culturally and commercially that sounds sensible. But WW has been criticised because the chief executive when asked what it stood for didn’t have an answer.

Many businesses whether B2C or B2B need to rebrand throughout their lifecycles. They are driven either by mergers and acquisition, a broadening portfolio of products and services, expansion to new countries or sometimes a need to reposition following a damaging crisis.

Apple Computing became Apple in the same year the iPhone was launched. British Telcom changed to BT – a more appropriate and modern moniker for a provider offering broadband and pay-per-view football. Closer to home, colleagues tell me that Camargue dropped ‘Communications’ from our brand in the 90s for fear of being perceived as a purveyor of mobile phones and fax machines (remember them?).

The best rebranding exercises often respect brand equity, which is hard won with both consumers and B2B clients. They nod to heritage without being outdated, they are culturally appropriate and the decision to rebrand can be explained by well briefed spokespeople who have a clear, consistent and accessible corporate narrative.

For businesses facing new markets and changing product or service portfolios, the boardroom decision to move to a set of initials or a universal brand might make perfect sense. But a rebrand for all companies comes with external scrutiny and is more than just a new name, contemporary font and colour palette.

The success of such exercises can vary enormously and depend on a vast range of external factors, some beyond a company’s control. But any business or brand could give itself a fighting chance of a successful rebrand by getting its story right from the word go and telling it in a compelling and convincing way. 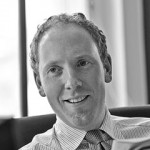 Matt Sutton is an associate director at Camargue.