Who will be the Christmas number one?

It’s still only November but the race is already hotting up for the coveted Christmas number one spot. These days it’s less about which single reaches the top of the music charts and more about which retailer’s TV ad captures the nation’s collective imagination.

In times past, the Coca-Cola lorry ad was the harbinger of festivity – but it no longer reigns supreme as the ad event that kick starts the season to be jolly. Retailers now battle it out and the competition is Premier League. From Monty the penguin to the WW1 Christmas Day football match, the Christmas adverts typically pull at the heart-strings and remind us about the importance of family, love, generosity and kindness. As well as, of course, suggesting we buy all our presents and Christmas fare from their shop to demonstrate those qualities.

This year, Iceland made a bold, early, move with its 2018 entry, highlighting the impact of palm oil on rainforests and orangutans. Its advert wasn’t approved by Clearcast (the body which decides whether ads can be broadcast) because it was produced by Greenpeace and breached political advertising rules.

This means the advert can’t be shown on TV. Instead - as the world now knows - the ad has gone viral, bagging millions of views and attracting (at the time of writing) more than 950,000 signatures to a petition demanding its release.

It’s a clever move by Iceland, which is not only highlighting genuine environmental and animal conservation issues, but also promoting its decision to remove all palm oil from its own label products. Some might say that could drive more ethically-minded customers to Iceland. It’s a win-win situation and, who knows, it could well have been Iceland’s cunning plan all along.

So, Iceland took an early lead in the Christmas ad stakes and it was then just a question of waiting to see what heart-warming or thought-provoking tales the other retailers could pull out of the bag.

We now know they've played it safe by comparison; sticking to more traditional festive sentiments with a dose of A-listers and catchy tunes. A heart-warming bunch of ads, undoubtedly - but the other supermarket giants have already got some catching up to do if they want theirs to be the Christmas number one.

And in a torrid time for retail, it will be interesting to see if Iceland’s commercial performance is boosted by an ad that may never fully air. 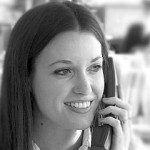 Pippa Hanson is a senior account manager at Camargue.