I spent a large part of New Year’s Day in A&E. For the avoidance of doubt, I would like to clarify that this trip was completely unrelated to any kind of over-indulgence the night before. Nope, the reason I found myself in A&E on the first day of 2016 was because 24 hours previously my six-year old daughter had, in a bid to escape brushing her teeth, “boinked off the bed like a coconut’ (her words not mine) and crashed face first into a radiator.

Now those of you reading this and asking what the hell it has to do with the communications industry, bear with me - I’ll get there eventually.

Tears dried, teeth counted and a bag of frozen peas applied to the throbbing cheek, my daughter continued about her day a little contrite if none-the-wiser for the ordeal. However as her face started to swell, so did my parental guilt. The remaining hours of 2015 were spent periodically waking her up to check for concussion and, despite all evidence to the contrary, by the time 1st January finally arrived I needed a bona fide medical professional to reassure me she hadn't done something more serious.

So, after a call to 111, my daughter and I walked into the local A&E on New Year’s Day. We were greeted by an array of NHS staff who, despite having seen more than their fair share of vomit, urine and blood since starting their shift, were still twinkling with the last vestiges of seasonal cheer and had only soothing words as they inspected the damage and listened to her gleefully regale her tale of woe.

That the outcome of this escapade was nothing more than a rather splendid bruise and my red faced apologies was inevitable. But set it in context of evolving headlines about the beleaguered NHS, whose representatives had treated us so generously, it made me think about how our perception of organisations is generally shaped by our ‘experience’ of the interactions we have with the people representing them.

We work in an age where technology enables communication. However, just because it’s the latest trend doesn’t make it the right approach.

We’ve all had experience of sending an email which has been misinterpreted, or found a simple two minute conversation has eliminated the need for an endless volley of emails to resolve an issue or find consensus.

The learning from this is clear. It is by socialising and interacting with people – even if we are exhausted after a long and gruelling session at work like the staff at my local hospital – that we build a bond that sets the foundation for trust and credibility. So the next time you want to make a positive impression, try to speak to someone face-to-face, or at least pick up the phone. A friendly face or a positive tone of voice sends the right message before you’ve so much as uttered a word. 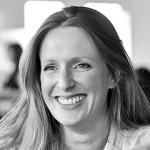