This increasingly common question was posed to marketers and researchers attending the recent annual Market Research Society conference – IMPACT 2016.  Delegates were asked to respond via an app on their smart phones, selecting their answer from the following options: yes, I’m having nightmares tonight; no, I’m sleeping as soundly as ever; well I’ve never really given it much thought; or I have no idea.

The outcome?  Roughly 50 per cent of the audience voted ‘no’ with the remainder split across the other three categories.  What does this tell us?  That market research is more than maths and algorithms?  Or that half of the people surveyed are simply burying their collective head in the sand and ignoring the fact that none of us is entirely exempt from becoming displaced by technology.

It’s the question itself which seems particularly pertinent coming hot on the heels of AlphaGo’s 4-1 defeat of Mr Lee Sedol in the now infamous game of ‘Go’; the UK government’s proposals to extend compulsory maths lessons  to the age of 18 (alongside lengthening the school day itself by at least another hour), and columnist Simon Jenkins battling it out with Marcus du Sautoy, Professor for the Public Understanding of Science and Professor of Mathematics at the University of Oxford, over the relative benefits of maths over any other subject.  Jenkins’ view is that there is little need for more mathematicians at all.

The thing these all have in common is our need as a society and economy to prepare for the future – albeit they represent differing attitudes to what that future might look like and a reluctance in some cases to embrace it.

But of course, like it or not – and many clearly don’t – change is continuous.  The very fact that it was second nature to those conference delegates to download an app to vote is of itself a simple example of how different the world of work is now to say 10 – or even two – years ago.

At the same research industry conference, global giant Unilever announced the creation and launch of the Paragon initiative, a single information source via which research organisations will provide free access to insights on global issues from climate change to poverty to academics, NGOs and governments – all in support of the United Nations Global Goals.

Yet this approach creates a natural tension for increasingly knowledge-based economies. How can organisations which charge to generate insights justify giving away large amounts of data and information for free, even if it is the ‘right’ thing to do? Expect to hear more about this dilemma, as phenomena like open sourcing, collaboration and co-creation grow. These practices will challenge the way in which companies earn their fees – and not just in market research.

We’re already seeing this in the world of academia. One particular example is in physics research, which used to rely on publishing papers in a constrained number of hard copy publications. This model slowed the adoption of new techniques as ideas bottlenecked while they were peer reviewed before publication. As a result the commercial market adapted its revenue model back in 1991 to encourage online publication of new techniques to accelerate innovation and earlier adoption by industry. This practice is starting to extend into medical research – a recent example was open sourcing data to fast-track understanding and cures for the Zika virus.

So what should businesses be most concerned about, and what action should they take, to best prepare themselves for the future? A future which looks set to democratise data, insights and discoveries, turning existing funding models on their heads? How should businesses best prepare themselves for new technological advances like AI which could makes swathes of roles automated?

Perhaps we can hold on to our insights for longer by sharing less of them, putting a premium on knowledge and providing it to only those who can pay. Set against a scene of disruptive technologies like Skype, the Paragon initiative and our go-to information source of Google, this is unlikely to work. So what then? Surely it’s what we have always done – look around at the new skills, working practices and technologies driving our economy and ensure that at the very least we’re debating how they affect our business models. We may even need to incorporate them into our businesses or adjust our behaviour as a result. 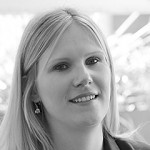 Emma Molton is a Director at Camargue