Will this be the year that fracking in the UK finally gets going?…

Lots more talk, even more signs of government support, more vocal and well-organised opposition, but still no fracking. Why should this year be any different?

It was back in 2011 that potential links between fracking and tremors near to Cuadrilla’s site in Lancashire were reported; contributing to a moratorium on fracking coming into force. That ban was lifted about a year later.

Four years on and Cuadrilla is still the only company to have fracked in the UK. As to why? Well, there’s a whole lot of planning going on, but precious little action. But all that could be set to change.

Fracking, not surprisingly, has become mired in local politics. Cuadrilla’s two sites in Lancashire are now at appeal. The process is set to run for several months, with the final decision going to Communities Secretary Greg Clark. If he gives it the carefully-considered nod, then the earliest that fracking could start would be well into next year.

Third Energy’s site in North Yorkshire is the only UK site where it is thought that fracking could conceivably start this year. But they are also stuck in the planning mire, with delay after delay as they trudge through the local planning process.

This has not been lost on the government. A Cabinet plan leaked a couple of weeks ago set out a timeline for the expansion of the shale gas industry in Britain. Three Cabinet ministers put their names to the plan, including Mr Clark, which would see fracking classified as ‘nationally significant infrastructure’.This re-classification would mean that local planning authorities would be largely removed from the decision making process (and so would communities much to the chagrin of the anti-fracking lobby), and instead the call would be made in Whitehall and Westminster – another nail in the localism coffin.

There feels a sense of inevitability here. And a question of when rather than if the rules around fracking are changed.  But how quickly could this happen? Well, not in time to make any difference to the fortunes of fracking in 2016, but it could be exactly what the industry needs to get things moving in future.

So, what of 2016?  Well, we still won’t be seeing much fracking, but it’s likely to prove decisive in determining the shape of things to come.

That takes care of planning.  Just the small matter of tumbling oil and gas prices to sort out next. On reflection, I think I’ll keep a draft of this blog handy for early next year – well, you never know. 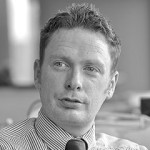