Will you still do it for The ‘Gram?

Instagram’s recent decision to hide the ‘like’ counter from posts in select countries is an interesting, and some may say, a long-overdue change.

For certain individuals and social media influencers, having the number of ‘likes’ their content receives publicly visible is a (somewhat fleeting) status symbol and validation that their efforts to primp and preen themselves for the camera haven’t been in vain.

Instagram appears to be trying to address the widespread concerns about the impact of social media on people’s mental health and self-esteem.  This is laudable when taken at face value, but what does it mean for businesses that use the platform as an effective communications and marketing tool?

While the information won’t be public, account owners will still be able to view exact ‘like’ counts privately and will have other analytics to track how well a post performs.

New value will be placed on genuine engagement, meaning comments, shares, followers and hashtag links will be king, hopefully moving the platform away from a sheer numbers game that has given rise to dubious practices such as click farms.

So instead of Instagram feeds being a clean and curated collection of highly stylised shots of avocado and flat whites, both influencers and businesses will have more freedom to present content and messages that matter, rather than what will traffic well.  Without this judgement, posts, stories and live streams can become more creative, real and raw, rather than manufactured setups that are filtered and colour-washed.

All great news for us mere mortals who don’t have the time or the money to employ a professional photographer to shoot us in numerous different outfits in exotic locations doing a #TreePose – but it’s worth taking Instagram’s new measures with a pinch of salt.  After all, the Facebook-owned platform was developed in the knowledge of the dopamine feedback loop.

So is the hidden ‘like’ counter because Instagram truly cares about people’s mental health?  Or is it in fact a cynical move to undercut influencers, who command hefty sums through brand partnerships and sponsored posts and rely on demonstrating the number of ‘likes’ their content draws to show value?  Should it in fact be seen as a savvy commercial measure to try and redirect influencer marketing budgets towards direct Instagram advertising, which of course, would go straight into the platform’s coffers – and not into the bank account of a super-excited blogger with a fish-eye lens.

Only time will tell, but already influencers are upset that the “blood, sweat and tears” they pour into Instagram will be obliterated (which does make you question their definition of hard work).

But instead of counting the number of heart emojis their photos are getting, they – and the rest of us – would do better to focus on the meaningful communication of messages that really matter and that foster genuine discussion and debate.

We’d all be better for it.  But in the meantime, please #Like and #Repost this blog. 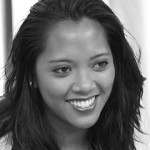